Authoritarian Parenting and Polarization in Politics

Does parenting style influence how we vote? 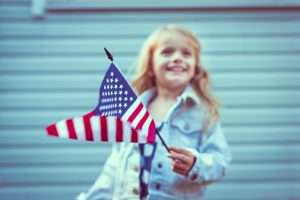 How we view the treatment of children may be connected to our choices in political candidates. I certainly do not claim to be a political analyst and I am not making a political statement, but there is some interesting research connecting parenting styles and political views that influence how people vote.

For example, an authoritarian parent is one who wants to win and be right, wants things their way or the highway, and is not interested in encouraging their children to have a voice or to develop independent self-evolution. This style is usually the kind of parent who rules with either an iron hand or with manipulation, guilt, shaming and humiliation, both extremes creating the same outcome…an under-developed or stunted emotional growth in the child. Healthy parents care about their child’s feelings, encourage critical thinking, asking questions, and want their children to evolve into independent and self-reliant adults. Independent, self-reliant adults, who think for themselves, are less likely, I believe, to be attracted to authoritarianism in general.

Therapists in Your Area

Work at your own pace with these informative virtual workshops.

Therapist Training for Healing the Daughters of Narcissistic Mothers.